Industry View: Gaming Companies Boot Up to Raise Awareness and Money for COVID-19

As of writing this story, COVID-19 has caused over 1,000 deaths in India and 200,000 worldwide. A third of the world population is currently on lockdown. And yet, many NGOs, medical professionals and police forces are working in the front lines to help out their fellow men in these tough times. Interestingly, there are also many gaming companies from around the world who are rallying to offer support during the pandemic.

“Games have an important role in raising awareness of the challenges the world is currently facing,” said Dr Richard Hatchett, CEO of Coalition of Epidemic Preparedness Innovations. These game companies have been helping in the fight against COVID-19 by not just donating, but also raising funds and offering free (or subsidized) access to their games to help people stay connected and engaged, while stuck in their homes. There are companies like Education.com, Raz-kids, and Funbrain who have launched many education-based games to help kids learn while being away from school. Game publisher Amino Labs have games and activities that teach children about genetic engineering and biotechnology and have made some of their games free for the duration of worldwide lockdown.

Game developers around the world have found out more innovative ways to raise money for the cause. 343 Industries, the developers of the popular first-person shooter Halo, have raised more than $200,000 by selling Relief and Recovery REQ DLC (extra downloadable content) pack for Halo 5: Guardians.

Bungie, developers of another popular game series Destiny, invited their players to donate $20 or more to receive a special in-game emblem that they can show off. Within 24 hours of the initiative, they raised more than $350,000. The Coalition, the studio that develops Gears of War, donated 200 Xbox One X consoles to Gamers Outreach. These Xbox consoles were then distributed to children’s wards in US hospitals. One of the most popular indie game bundlers, Humble Bundle, created a special bundle of over 40 games, along with digital and audio books, to sell to their users. All proceeds from the sale, to the tune of $6.5M, were donated to various charitable trusts working on rehabilitation of COVID-19 patients. 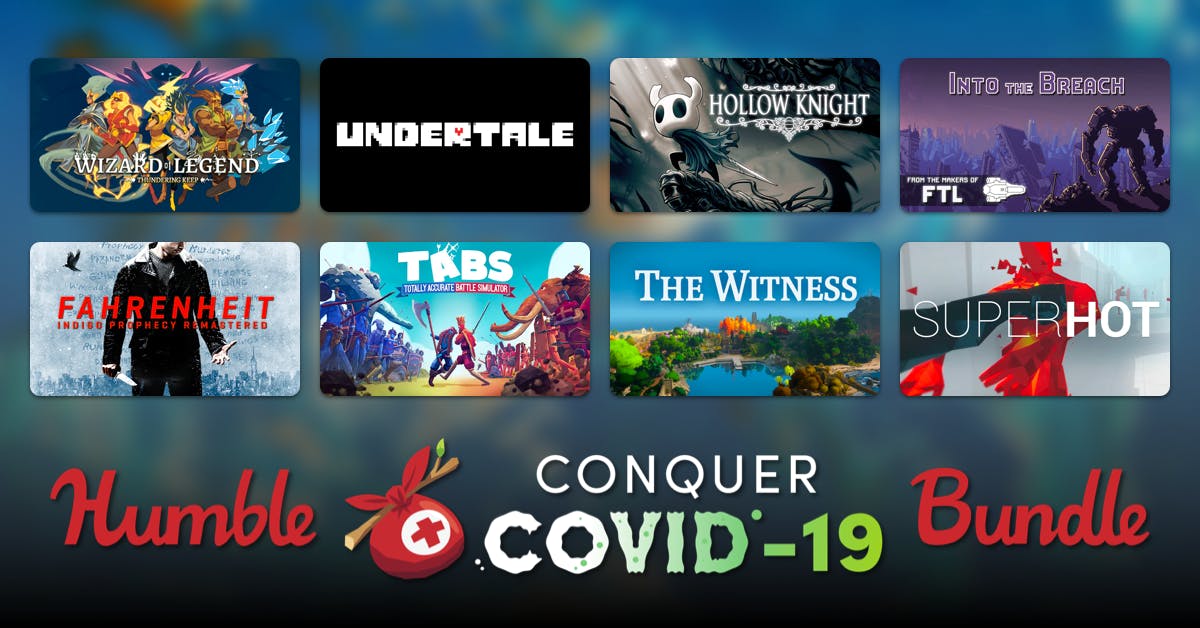 Popular streamers also didn’t stay behind in raising awareness and money for the cause. The most popular streaming service among gamers, Twitch, had launched a 12-hour marathon streaming campaign called Stream Aid 2020, on March 28th. This was organized by Toronto-based community called Enthusiast Gaming. Many entertainment-industry based stars joined in by playing games like FIFA, Counter-Strike, WarCraft and the likes and streaming them live for 12 hours. This helped them raise $2.7M from fans doing micro-transactions on the platform and sponsorships.

Necessity is truly the mother of invention. Who could’ve imagined that playing games would also save lives one day? Today, the games are being used not just to raise money but also to provide relief to those stuck at home, to help friends and families connected in meaningful ways, to help children learn in the absence of professionally trained teachers, and also to remind us of our humanity all over again.

6 NGOs & Individuals Helping Our Voiceless Furry Friends During The Lockdown

RoundGlass Foundation Provides Groceries to Over 8,000 Families in 307 Villages